Chimney Sweep Cots – How much does it cost to have a chimney swept?

You are here:
Uncategorized 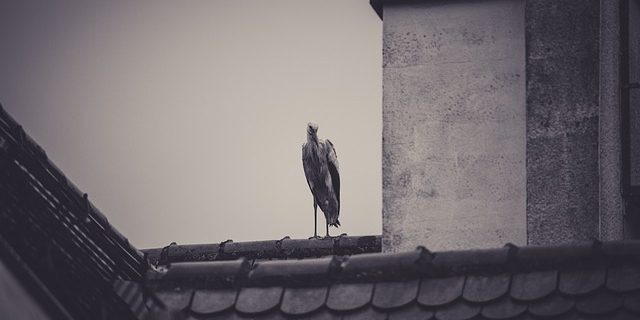 What else is a chimney important for rather than providing a safe passage for Santa Claus to enter our homes and fill those socks with some sweet presents, you may ask? Well, without a chimney, we won’t be able to use our fireplace during the winter, which is the time when we need to heat our home the most. Or, who are we kidding, it’s all about the presents.

Chimney sweeping and maintaining is something that has to be done regularly if you want to avoid issues such as blockages that can return all the smoke in your home. Sometimes even more serious problems such as fire hazards.

According to the NFPA, which stands for the National Fire Protection Association, you should be scheduling maintenance once every year. This is something that not a lot of people do. The reason we decided to write this article is that we want to raise awareness about all the potential hazards that can take place if you’re not regularly cleaning your chimney. So let’s take a look at what you need to know.

What does chimney sweep do?

Now, this is probably the first and most basic form of a question that someone inexperienced with this can ask. That’s perfectly fine because you deserve to know the answer. We do understand that not many people do this on the regular, although it’s a suggested thing by the National Fire Protection Association. But worry not, because we’re here to explain.

The person who sweeps will make sure that there aren’t any blockages building up, and that the smoke from your fireplace can freely escape. However, that’s not the only reason, although it’s up at the top with the most important ones.

Regular maintenance is important because something called “creosote” builds up, which is an easily flammable substance that can cause a huge fire hazard if not removed regularly. Throughout the years of use, this builds upon the walls of your chimney It doesn’t take much to ignite it, which can happen while you’re not home. We all know how dangerous that can be.

So, sweeping is a process that a professional can carry out in just a few hours, and this will ensure that there aren’t any blockages or flammable materials that can cause issues in the future.

How often should you sweep your chimney?

This is highly individual, but as we mentioned above, it’s recommended that you do it at least once a year. If you are using your fireplace non-stop, and you feel like there’s something that might be in a bad condition. You should do it even earlier than that. If you happen to experience unusual amounts of smoke coming inside your home, or you notice from outside your house that not enough smoke is coming out over the roof. Those might be the earliest “symptoms” that you’re experiencing a blockage.

As for the more serious issues, they can happen without any warnings. Which is why experts recommend that you do schedule level 1 chimney inspection and maintenance at least once per year, or even more frequently than that if you are experiencing any unusual things.

How much does it cost to have a chimney swept?

Since money is a really important resource nowadays, most of you are probably concerned about the price for such a service. Fortunately, we’re more than happy to inform you that a procedure of this kind doesn’t cost a lot of money, and it’s pretty affordable, especially if you’re doing it just once per year. Now we cannot tell you an exact price because that will highly depend on your living location, and the custom price of the company that you chose to work with, but in most cases, it ranges between $100 and 200 dollars.

Sometimes it can cost slightly more but only if you need the professional team to fix a more serious issue, which is why we recommend that you do this regularly to avoid creating that issue. If years of build-up has to be cleaned, it might cost you quite a lot.

When is the ideal time to schedule something like this?

This is a very frequently asked question, and something that a lot of people want to know, especially if it’s their first time paying for such a service. The best time to get a team of professionals to sweep your chimney is before burning season starts, which is mid-late fall, or even summer if you want to make sure that everything is prepared on time for those cold days.

We recommend that you don’t leave this for last-minute simply because a lot of people tend to do that. If your local company experiences a huge amount of calls and appointments, you’ll be unable to get it done on time. We already explained how dangerous it is to use your fireplace before the cleaning process. So make sure that you schedule this somewhere around late summer and early fall.

Of course, this will also depend on your living location, so if you have very cold days during fall in the country in which you live, you probably want to get this done as early as possible.

Does fireplace size alter any of this?

Yes, it does. If you have an incredibly large fireplace, and you use it to heat your entire home with it. For example, chances are that the buildup will happen a lot faster compared to someone that uses a much smaller fireplace. If you happen to be in a similar scenario, you probably want to do this a bit more frequently. Twice per year is a good number, as long as everything else is functioning properly and without any issues.

If you happen to have two different chimneys in your home, connected with two different fireplaces. It’s best to do the maintenance for both of them at the same time. This way you’ll save some time, and although the cost might be a bit higher. You’ll be sure that you won’t face any problems in the future whatsoever.

Request an appointment
Go to Top
CALL US NOW